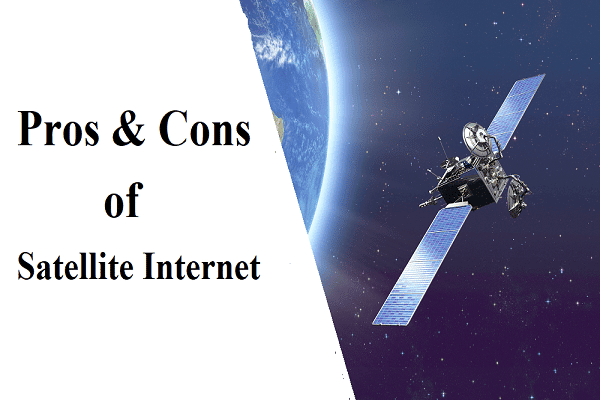 Since its debut, satellite Internet has grown significantly. At a first glance, you will be moved by the pros of satellite Internet. Some of the eye-catching advantages include faster than dial-up, virtually available everywhere in the country (remote and rural areas), convenient to use, a growing number of providers, and quick recovery post-disaster. The popularity of satellite Internet continues to grow in areas where wired Internet options like DSL and cable are less common. However, there are some downsides as well. Satellite Internet is expensive and often behaves slow. It further suffers from latency issues as well. High latency, high jitter, data limits, geographical limitations, etc. (varies by carrier) strike the mind at once.

What Are the Pros and Cons of Satellite Internet?

Is satellite Internet all roses and chocolate cake? You will get to know very soon.

You need to make sure how important your work is and what services are available to you before settling down for any service.