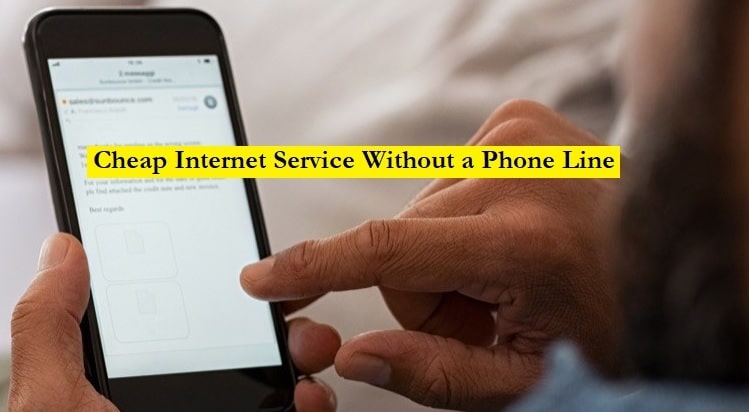 Ways to Get Cheap Internet Service Without a Phone Line

From Satellite, DSL, to Cable and Wireless, there are multiple ways available as per your location to get cheap internet without a phone line. You can find the information about these different internet options below.

A regular DSL mainly requires a phone line connection to get access to the internet, however, it doesn’t mean that it can’t be used to access the internet without a phone line. Here, you can use “Naked DSL” (also known as standalone DSL) that is known for providing internet connection through a standard telephone jack, without making you pay or have use of phone service. This is also an ideal option to get an internet connection without phone service.

The advancement in the field of internet leads to the revolutionary fourth generation of broadband cellular networks which completely change the way we leverage the internet. The fourth-generation wireless allows you to access the internet on your portable devices like smartphone, tablet, phablet, iPad, iPod, etc. This is one of the best alternatives not only for an internet connection without a phone line but also for any sort of wired connections.

So, these are some of the ways you can get cheap internet service without a Phone Line. While there a numerous internet providers offer internet and TV combos, you would want to go for a standalone internet as it is an ideal option if your main requirement is not TV and phone. With a standalone internet connection, you not only can stream channels through applications and websites but also can call anyone through applications such as Facebook Messenger, Viber, Whatsapp, Hangouts, Skype, etc. for free.

Make the Most of Included Wi-Fi Hotspots

Well, now as you know the different ways to get cheap internet service without a phone line, you can choose the suitable one for your home and ditch your phone and perhaps cable connection as well.